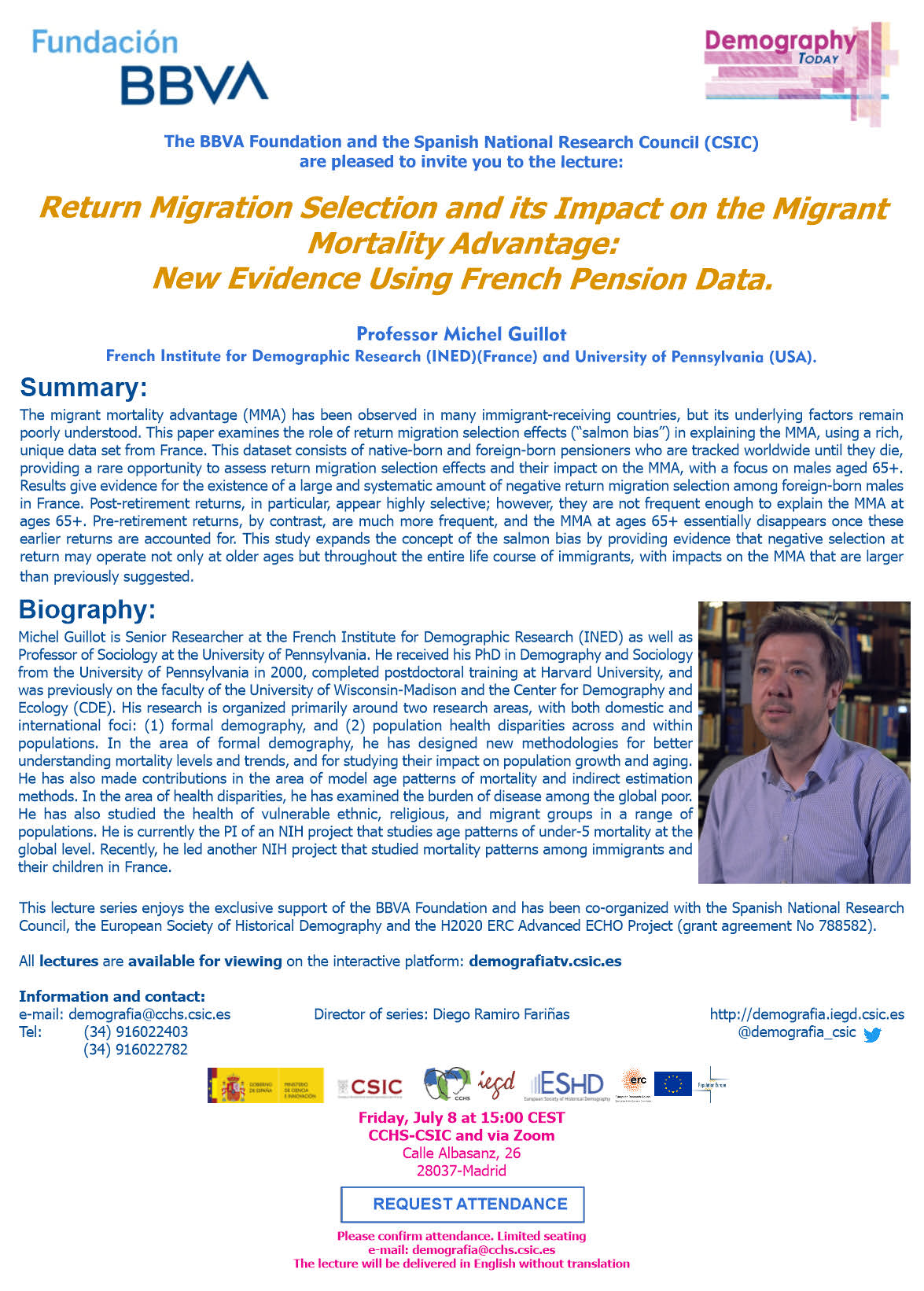 The migrant mortality advantage (MMA) has been observed in many immigrant-receiving countries, but its underlying factors remain poorly understood. This paper examines the role of return migration selection effects (“salmon bias”) in explaining the MMA, using a rich, unique data set from France. This dataset consists of native-born pensioners who are tracked worldwide until they die, providing a rare opportunity to assess return migration selection effects and their impact on the MMA, with a focus on males aged 65+.

Results give evidence for the existence of a large and systematic amount of negative return migration selection among foreign-born males in France. Post-retirement returns, in particular, appear highly selective; however, they are not frequent enough to explain the MMA at ages 65+. Pre-retirement returns, by contrast, are much more frequent, and the MMA at ages 65+ essentially dissapears once these earlier returns are accounted for. This study expands the concept of the salmon bias by providing evidence that negative selection at return may operate not only at older ages but throughout the entire life course of immigrants, with impacts on the MMA that are larger than previously suggested.

is Senior Researcher at the French Institute for Demographic Research (INED) as well as Professor of Sociology at the University of Pennsylvania. He received his PhD in Demography and Sociology form the University of Pennsylvania in 2000, completed postdoctoral training at Harvard University, and was previously on the faculty of the University of Wisconsin-Madison and the Center for Demography and Ecology (CDE). His research is organised primarily around two research areas, with both domestic and international foci: (1) formal demography, and (2) population health disparities across and within populations. In the area of formal demography, he has designed new methodologies for better understanding mortality levels and trends, and for studying their impact on population growth and aging. He has also made contributions in the area of model age patterns of mortality and indirect estimation methods. In the area of health disparities, he has examined the burden of disease amont the global poor. He has also studied the health of vulnerable ethnic, religious, and migrant groups in a range of populations. He is currently the PI of an NIH project that studies age patterns of under-5 mortality at the global level. Recently, he led another NIH project that studied mortality patterns among immigrants and their children in France.