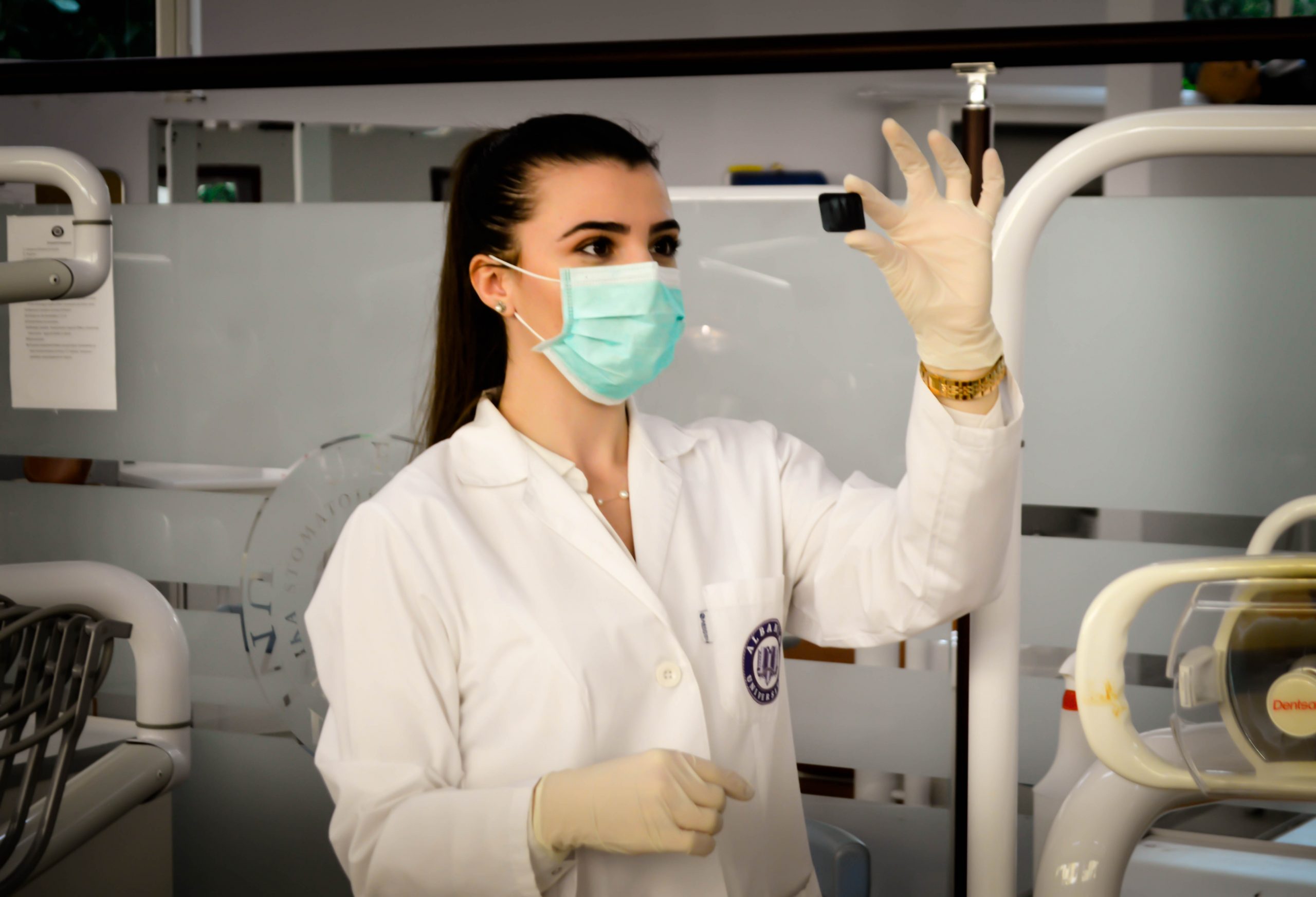 While the COVID 19 pandemic was dominating the news, we submitted a research article that draws attention to another arising public health crisis, one that is looming on the horizon and keeps creeping up on us. As many before us who studied aging populations, we are interested in answering the question what proportion of our lives do we spend in good health?  The answer we found when looking at trends for the period between 2008 and 2017 was surprising.

Although the country’s life expectancy shows no sign of slowing, we found that Spaniards are spending less time in good health and independent of others’ help. Our indicators for expected life years without disability or chronic disease showed a decreasing trend during the period. Even more concerning is the increasing gap between education groups. We found that the reduction of expected healthy life years in Spain is mainly fueled by declining trends in those with little education. In other words, we observed that increased health inequalities are driving the overall decline in healthy life years.

Even though the effects of the current pandemic cannot be quantified and fully disentangled yet, they will have an immense impact on both future trends of population health measures and future health inequalities. While excess mortality among the frail and those with preconditions may lead to reduced morbidity levels in the near future, existing health inequalities will almost certainly widen.

Little room for future expansion and no common enemy

For decades now, children born in any given year could expect (on average) to live longer than those born the year before. This increase in average life expectancy was seemingly sustained without showing signs of slowing. At the root of this remarkable development is that we have eradicated most childhood diseases, developed vaccines for infectious diseases that plagued humanity for centuries, and successfully taken on heart and cardiovascular diseases  (CVD) over the course of last century. The recent progress in cancer screening and treatment is astonishing and will, with a generous time lag, lead to further increases in average life lengths. The question of whether there is a natural limit for this development, or more generally a limit to human life spans, appears to be as old as humanity itself. Except for some visionaries, it is usually believed that gains in life expectancy are bound to become ever smaller until they reach a plateau, when they get closer to the proverbial glass ceiling. After almost a century of growth, we may have come closer to this point of saturation. Recent longevity trends in some highly developed countries point towards a plateau or a time of decreasing average life lengths and average healthy life years. In conjunction with this, mounting evidence shows that most recent and future gains may not be shared equally. In other words, we can expect that social inequalities will play a larger role in these population trends.

Unhealthy survivors and the dynamic equilibrium

The fact that medical and public health professionals—when not concerned with a global pandemic—are fighting on many different fronts, plays an important role in this. In the past, most of all natural causes of death could be grouped and put into a handful of buckets, like infectious diseases or heart disease. Prioritization based on the amount of harm that they would cause or the risk they would impose on the public was relatively straightforward. This has changed with the emergence of cancer as the leading cause of death in some countries. Causes of death have become more dispersed and the major causes have been losing relative importance for explaining natural mortality.

The distribution of causes of death is closely related to our expected healthy life years. The ”defeat” of heart disease and its reduced importance as a cause of death, for example, does not mean that people do not develop heart diseases anymore. On the contrary, a large part of the medical progress is based on intervention and accompanied rehabilitation. Beta-blocker and stents have helped slow heart disease progression and postpone the immediate deadly consequences, but they have technically not cured heart disease. While larger parts of the population can be saved from dying prematurely, these survivors often live on with a range of chronic conditions.

When progress in cardiovascular mortality became apparent in the late 1970s, an important question arose: Do we spend the life years we gain from reducing the deadliness of diseases in good or in bad health? Over time, three camps formed believing, on one end of the spectrum, that we will be able to compress morbidity into a small time window at the end of life; on the other end, that those who survive will impose a huge additional burden on the health system; the third is a mix of the two. This latter school of thought, often referred to as ”dynamic equilibrium,” poses that we will be able to halt diseases at early stages with rather mild consequences for the individual and social security systems.

Empirical evidence supports and disproves these three hypotheses. For Spain we find an interesting pattern. During the 80s and 90s, Spanish life expectancy was growing at an ever-faster rate. This was mainly fueled by reductions of deaths from CVD and premature accident mortality which also contributed to increasing healthy lifespans. With the turn of the century this positive trend has lost steam and first signs of a decline in healthy life years appeared, as our study confirms. We find that average time in poor health has increased for most population health indicators.

We can only speculate over some factors that might explain these trends. The remarkable medical and social progress that has led to the rise of life expectancy and healthy life years was focused on preventing and treating the most common (and deadly) diseases and conditions at the time. Nobody would have been able to predict what they would be replaced with if that fight was successful. Since we are still mortal after all, what we observed was an increase in other conditions. As more people reached older ages, many slowly developing diseases, such as Alzheimer’s, became more common. This led researchers to proclaim a new stage of the epidemiological transition. Aside from cancer as a group of diseases, and these neurodegenerative, aging-associated diseases, there is another group of long term conditions on the rise which can be related to individual lifestyle choices and environment. This group of diseases includes, among others, smoking-related cancers and diabetes type 2 and contributes heavily to decreasing healthy life years.

The most concerning finding, as mentioned above, is that those with low education mainly fuel the declining health level trends. Similar to recent findings linking increased life span disparity to Spaniards’ education levels, this paints a bleak picture for the future. It also calls for a better understanding, as it is unclear at this point in time whether these social differences are rooted in behavioral differences, unequal access to health care and preventative methods or the knowledge about it, or if the complex process of health selection can explain them.

It has been shown that social groups seem to be differing more from each other while at the same time becoming more homogeneous within each class. This can also be observed with respect to the above mentioned lifestyle choices and thereby becomes an important feature to explain the widening social class gap in time spent with disease and disability.

The current public health crisis will most likely add a new dynamic to these combined morbidity and mortality trends. There will be at least two opposing forces at work with substantial effects on population health, not only in the immediate future but also in the long run. On the one hand, in Spain the virus has wreaked havoc among the frail and oldest individuals, more so than in other countries. Although these additional deaths will potentially lead to a decline of Spanish life expectancy in 2020, the frail individuals will be ”missing” and will not add life years lived in poor health nor additional deaths in the years to come. Once we have an overview of the situation and know who has passed, this effect on expected healthy life years can be calculated with relative ease.

On the other hand, during the first wave of the virus in the spring of 2020, those with preconditions and frail immune systems were quickly identified as high risk groups. To limit their risk of exposure, they were isolated and this often meant that medical treatments were postponed, and rehabilitation sessions were not carried out. It is hard to say what this means for future population health because there are other long-term effects also at work. Studies show that the problem does not only affect those who already had a treatment plan. For example, afraid of getting infected, many stroke patients did not seek treatment when their stroke occurred during the first months of the recent crisis.

Moreover, the virus leaves a trace in the infected individuals long after the symptomes ebbed. Especially among the elderly virus induced organ damage can cause otherwise healthy individuals to fall sick earlier and more severely. This will potentially add to the downward trend we have already observed and we have not even begun to consider the additional emotional and mental health burden of the pandemic. 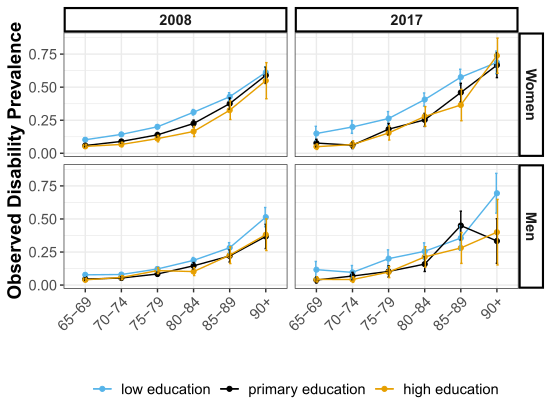