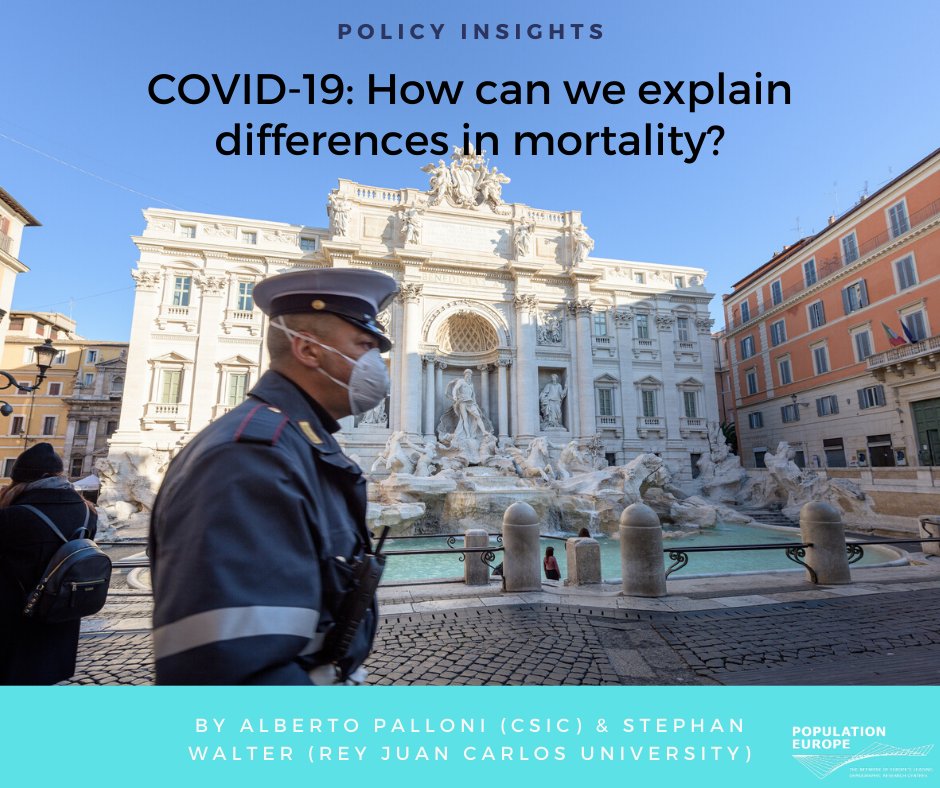 COVID-19: How can we explain differences in mortality?

Why is it that COVID-19 fatality rates appear to be so different for males and females? And why is it that differences between regions within a country and between countries are so large? As is customary in these situations, multiple factors will explain a small fraction of the outcome, but none of them will explain very much. That said, new research gives us the opportunity to identify four culprits and mechanisms to account for observed differentials in fatality rates: how countries record their cases, differential access to resources, population health, and biology.

The first explanation has to do with comparability of statistics and idiosyncrasies in the accounting of cases. It may well be, for example, that fatalities in Italy include individuals who died of conditions different from COVID-19, but were counted as deaths due to the virus.Although heterogeneity in the accounting of cases and deaths is a prime suspect in explaining differentials by country and even between regions within a country, it surely is an unlikely candidate to account for within-country and within-region gender differentials.

A second explanation invokes large variance across regions and countries in the capacity to cope with a sudden avalanche of serious cases that require numerous and ready medical personnel, messy logistics, and sophisticated and scarce equipment. Differential access to the best equipped facilities can also account for within-country and within-region socioeconomic differentials, but it is unlikely to explain gender differentials.

The third explanation points to the health-status composition of the population that contracted COVID-19 in each country. It would not be surprising to find out that elderly populations differ substantially between countries in terms of numbers of pre-existing conditions and/or severity of conditions (particularly those affecting organs preferentially attacked by the virus, like those of the  respiratory system).

Unlike the first two explanations above, pre-existing health status could help explain gender differentials as well. Furthermore, those who experience a heavier load of pre-existing conditions are likely to be of lower SES, lower education, and in disadvantaged ethnic and migrant groups that, conceivably, are at higher risk of contracting the virus to begin with (more exposed to crowded conditions, less awareness or reduced vigilance, less adherence to restrictions).

Finally, there is a fourth class of explanation: biology. Biology could play a role through hormones. We know that testosterone is associated with sarcopenia and frailty, and there is some empirical evidence suggesting that sex hormones such as oestrogen and progesterone provide an extra boost to females’ immune system and added protection. It is also possible that females’ and males’ immune function differs enough to impact outcomes associated with a number of diseases, including COVID-19.

There is another player that turns out to matter: epigenetics. It turns out that there is a gene, ACE2, that codes for the protein ACE2, which has been characterized as a regulator of blood pressure and whose mRNA expression implicates multiple tissues – most notably, cells of the respiratory and gut tissues. ACE2 also facilitates cell penetration and viral infectivity for COVID-19 because it is a receptor for viral proteins. Furthermore, ACE2 is located in the X chromosome. If you were not asleep in your biology class in high school, you would know that because one randomly chosen X chromosome in women is inactivated, they are, by and large, more protected than males from genetic accidents. This improves the ranking of ACE2 in the list of potential candidates that could explain at least gender differentials in fatality rates. In addition, when ACE2 is transcriptionally silent, COVID-19 has one less gate for entry into human cells. Conversely, when ACE2 is hypomethylated there is an increased risk of hosting the infection. And guess who walks around with a hypomethylated ACE2? Smokers for one, COPD patients (most of whom are past smokers) and, naturally, males (who smoke (at least in the recent past) more than women).

True, there are many things left up in the air. ACE2 will surely not be the only actor in the story. Yet these four factors contribute to an explanation of observed differentials in mortality rates by gender and across regions and countries. Both demography and biology are vital in helping us to understand the patterns of deaths caused by the pandemic.

*This article appeared in the Population Europe Policy Insights on 28 April 2020.